Rod and Mayra, along with their three kids, are missionaries with Commission to Every Nation, serving in church planting and mobilization in Mexico City.

They have served as a couple since 1997 in Mexico City, first in Iztapalapa, D.F. for 6.5 years, then for the last 10 years in Ixtapalapa, on the southeast edge of the metro area. Their passion is to see a congregation formed where none existed before.

Their prayer life has increased considerably since their kids started hitting the teenage years! Among their other interests: guitar, reading, tacos (the authentic kind!) and board games (Settlers of Catan, Power Grid, Dominion).

Read more about us...

Daniel won 1st place in his karate tournament this past Saturday. He entered the “special” competition which means a group […] 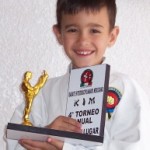 Daniel has a karate tournament tomorrow. This picture was taken after Daniel’s last tournament in which he won a third […] 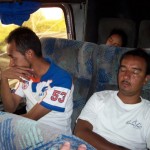