One reason no one in his or her right mind would want to live with the borders of the Mexico City metro area are the mandatory twice-a-year emissions inspections, and the mandatory no-drive days. A car 10 years old or less can still be driven every day, but a yearly car tax (about $30 U.S.) and a the bi-annual inspections are still a requirement. The cost for a “0” sticker, meaning you can drive every day (such a luxury) runs about $23 dollars a pop. If, however, your car is over 10 years old (like our Astro), you cannot drive it once a week (our day is Monday) and two Saturdays a month (our no-drive Saturdays are the first and third Saturday (and the fifth, if there is one).

Getting your vehicle inspected is a fairly easy matter, unless you happen to wait till the last several days of the month. We needed to have both our vehicles inspected by the end of February. Because of a team of 10 from Bighorn here, among other perfectly justifiable procrastination, you guessed it…we waited till the last week of February to get it done.

The good news is I finished two novels in two days. The bad news was that in both occasions I waited between 2.5 and 3.5 hours in getting for the inspection, in LONG lines. For the Journey, I was number 127 in the line. The next day, in the Astro, I waited probably two hours in a long lines of cars, and may have advanced 100 yards. Finally it was explained to us that there was another line, and they were going in first. FINALLY…we advanced to the inspection station (which is notoriously corrupt, but I won’t go into that here)!

In other news, David began playing soccer again in a 7 vs. 7 informal league near where we live, and has scored 2 and 3 goals in the last two weeks. The picture above is us eating tacos de tripa and volcanes de pastor this past Tuesday evening, to celebrate David’s hat trick (and their 6-3 loss, ha ha).

Finally, a rather dramatic accident in heavy rain, while we were on our way home last Monday evening, on the Circuito Mexiquense, near Texcoco. A trailer hit a small Versa, and caused another minor scrape with a flatbed truck. We were about the 6th vehicle behind the accident, and I went up to investigate. One of the truck drivers said to me, “todavía está el vato adentro.” The dude is still in there. Sure enough, the driver was slumped over in his drivers seat, laying on the passenger seat. Dead or alive, I do not know. I pray that he is ok. 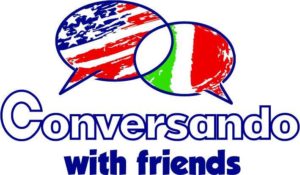 We are excited to announce the theme for our short-term ministry this year (and probably next year as well), Conversando […]

Mayra and I had the honor of participating last weekend in a FAMEX missions conference in Guadalajara, organized by Fernando […]