These last several weeks have been very significant, especially having been able to participate in the pastoral recognition service for Josué Rodriguez, and Daniel Martinez’ wedding. In both cases I first met these two young men when they were 12 years old. Now Josué is married to Patty, with a 2-month-old baby, Caleb, and pastor of the Iztapalapa Church, where Mayra and I ministered for over 6 years, from 1997-2003. Daniel and his family was one of the first, founding families of the first church here in Ixtapaluca, in 2005, but was baptized while still attending the Iztapalapa church circa 2000. The names are similar…Iztapalapa is part of Mexico City, whereas Ixtapaluca is the municipality outside of Mexico City, where we’ve been since September, 2004. That’s…wow, nearly 18 years.

We’ve also enjoyed spending several weeks with our daughter, Cathy.  She came for a visit that included some medical reasons, and has stayed and has greatly enjoyed renewing contact with many friends here. See the picture at the bottom of this post.

Summer has officially started, because yesterday three of our four Liebenzell U.S.A. summer interns arrived; Amanda, Joshua and Rafael. They are each staying with church families, and already seem to be enjoying their time here. Our first day…teaching English at a local jr. hi school! Their agenda includes a lot of time with the youth here, involvement with sports and outreach events, participating with the Mount Calvary group coming soon, and traveling to Guadalajara to participate with pastor friend Fernando Amezcua. The featured picture on this post is a picture of the interns along with the teacher of the Jr. Hi.

We’d appreciate your continued prayers for a very busy summer, including five (5!) groups from PA, from this Saturday through August 13.

1 thought on “Summer 2022 has Officially Started” 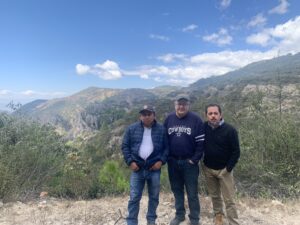 We hear about unreached ethnic groups, villages scattered all over the world who have never heard the gospel, and that […] 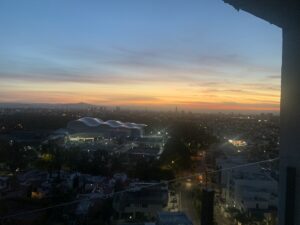